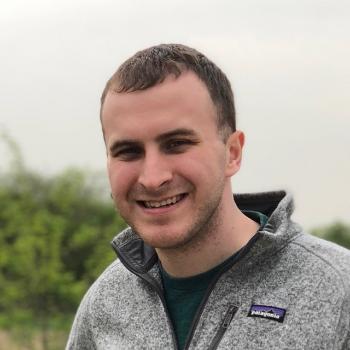 For the discovery of novel methods to elucidate the property of the Higgs, and qualitatively new possibilities for Higgs physics overlooked for many years.

Samuel Homiller grew up in central North Carolina and went to the NC School of Science and Math in Durham before attending the University of Illinois at Urbana-Champaign as an undergraduate. While at Illinois, he worked on new physics searches as part of the EXO-200 collaboration under Prof. Liang Yang before graduating with Highest Distinction in 2015 with Bachelors degrees in Physics and Mathematics. He received his Ph.D. from Stony Brook University in 2020 under the supervision of Prof. Patrick Meade in the C.N. Yang Institute for Theoretical Physics. While at Stony Brook, Samuel received a DOE Office of Science Graduate Student Research Award to work at Brookhaven National Lab with Dr. Sally Dawson from 2018 to 2019. His thesis research focused on how new physics could manifest as deviations in Higgs couplings, and and on elucidating signals of these deviations at the LHC and future experiments. Samuel is currently a Post-Doctoral Fellow at Harvard University, where he is continuing his research on theories of physics beyond the Standard Model.

About the J. J. and Noriko Sakurai Dissertation Award in Theoretical Particle Physics

The award was established in 2010 by the DPF Executive Committee with funding coming from the J.J. Sakurai Prize Fund, in recognition of the role of Noriko Sakurai in the establishment and growth of the fund.